The Prime Minister of Latvia visits the ISSP UL

The Prime Minister Krišjānis Kariņš visited the Institute of Solid State Physics, University of Latvia (ISSP UL) on September 10. During the visit, the Prime Minister had talks with the management of the ISSP UL, visited the upgraded laboratories, and was acquainted with the latest research equipment.

At the beginning of the visit, Mr. Kariņš visited the cleanroom facilities established at the Institute and he was informed about the research infrastructure. Scientists from the Laboratory of Prototyping of Electronic and Photonic Devices explained the interdisciplinary research directions of the laboratory, one of which is the development of synthetic mini-organs or organs-on-a-chip. The research is carried out in cooperation with the Latvian Biomedical Research and Study Center and has resulted in the establishment of a new company - Cellboxlabs.

The Prime Minister also visited the laboratories which were upgraded thanks to the state investment attracted in the implementation of the Horizon 2020 project CAMART² ~ 15 MEUR within the SAM project No.1.1.1.4 / 17 / I / 002. Here, the scientists of the Spectroscopy Laboratory told about the facilities of ISSP UL, which currently are one of the most advanced in the Baltic States, as well as about the need for fundamental science in the development of science, and cooperation with industry.

After visiting the laboratories, K. Kariņš had exchanged views with the ISSP UL’s management, in which the development opportunities of the ISSP UL and Latvian science in general as well as initiative on sustainable mission-oriented research programs of national significance were discussed. The need for targeted state support in maintaining open access laboratories and provision of adequate scholarships for students, which would allow them to focus only on the development of scientific work, were also among the topics talked about during the meeting.

After the visit, the Prime Minister thanked the Institute for the hospitality and the discussions on the development opportunities of Latvian science as well as acknowledged that the next year’s budget should provide a possibility to increase the state’s investment in research. 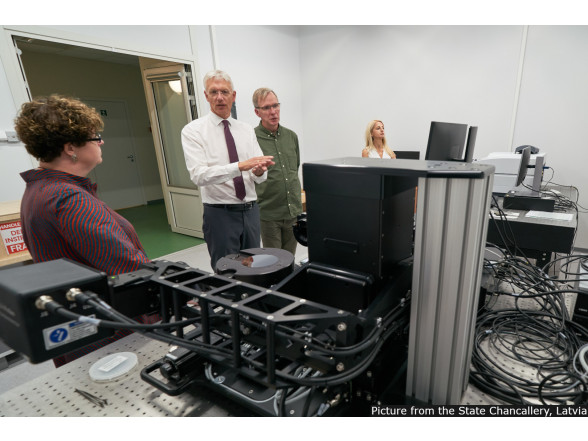 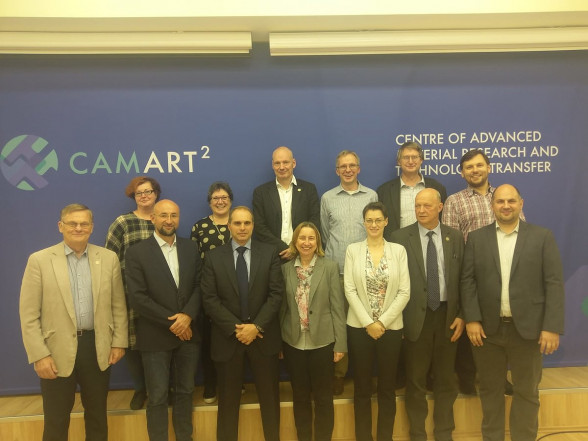 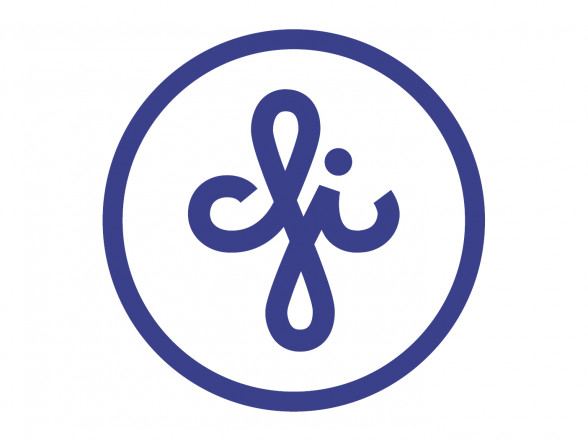 The 38th scientific conference of the ISSP UL