Organ-on-a-Chip is a hot topic and one of keen interest to many scientists working in translational sciences. Whilst the technology is still in its infancy, Organ-on-a-Chip is expected to deliver game changing solutions and progressively increase our capacity to gain greater insight into mechanisms of human disease, toxicity and early efficacy assessment of new therapies. At the end of 2019, as a part of CAMART², ISSP UL prototyping laboratory members participated in a short talk conference and networking event on Organ-on-Chip (OOC) technologies hosted by GlaxoSmithKline (UK) entitled: "Organ-on-a-Chip: Current Gaps and Future Directions".

During this event, discussions with big pharmaceutical companies and research institutes on the future development of the OOC systems were held and useful contacts for pursuing further current projects related to this topic and verify the current research plan associated with this topic were gained.

To fortify the regional networking on OOC, later KTH (SE) was visited, where the ISSP UL members were kindly hosted by Anna Herland and her group working on brain-on-chip systems. During three fruitful days, our Institute members were introduced to the research done by Herland lab, shown the facilities for chip fabrication and cell culturing. Furthermore, during the same visit discussion with two different groups in Karolinska Institute (Katajisto lab and Richter-Dahlfors lab) were carried out to discuss potential collaboration in the form of device fabrication for both groups and in common EU project calls, kindly organised by Caroline Dahl and Anna Herland, respectively. 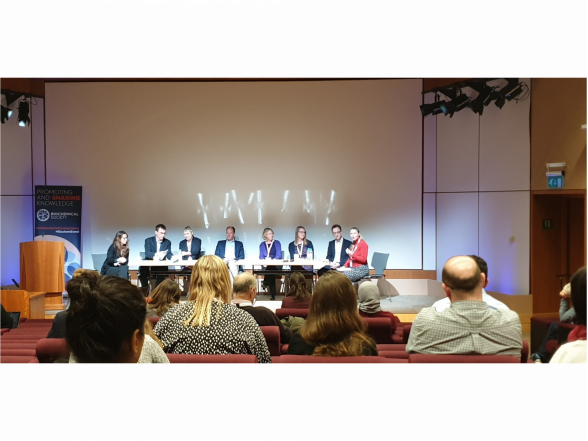